Here are some photos and videos from the FIFA World Cup Qualifier staged in Zenica last night between Bosnia and Herzegovina and Lithuania.
I was fortunate enough to attend the match, and I am glad to report to you that the Bosnians were victorious 3-0 on the evening.

The majority were taken from my personal phone, however, I have also added some better quality ones I found across the Internet.


Two hours prior to kick-off, and, across on the other side of the Bosna River to the stadium, the usually-sparse car park at Zenica Shopping Centar is jam-packed: 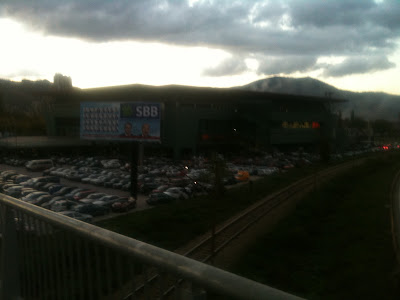 Several hundred Bosnian fans wait outside the team's hotel to catch a glimpse of their players before they board the bus to make the ... 100-metre ... journey to Bilino Polje stadium: 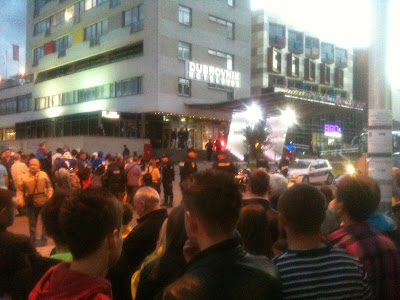 I have taken up my position in the stadium, which is surprisingly crowded, despite there remaining a further hour or so until kick-off: 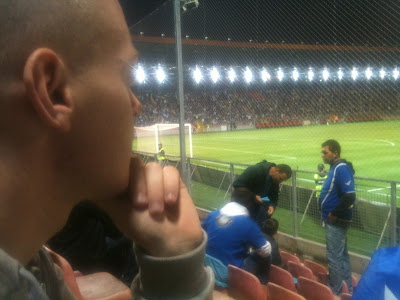 As the atmosphere builds around the stadium in the lead-up to kick-off, a giant flag flies above the crowd in the south stand: 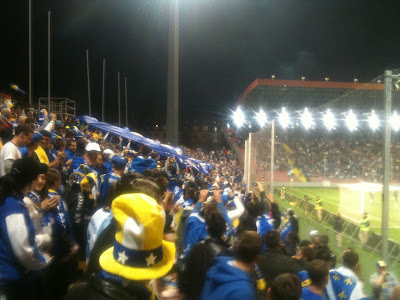 I am not quite sure how to describe this photo, but I will try. As the Lithuanian squad entered the pitch for their warm-up routine, this elderly man down on the fence in, well, formal attire (to say the least) began dancing and jumping up and down with his Bosnia-Herzegovina flag. Scroll down the page, you can see what I mean on one of the videos I took: 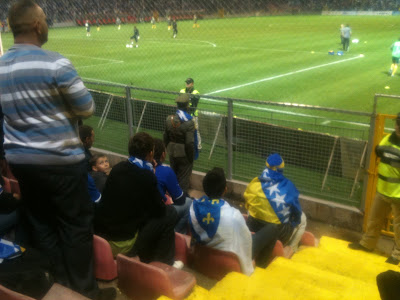 There was a very large police presence at the match; in fact, some of the riot police even had access to their very own VIP/Press box for the entire game! Can't say I have seen that one before!: 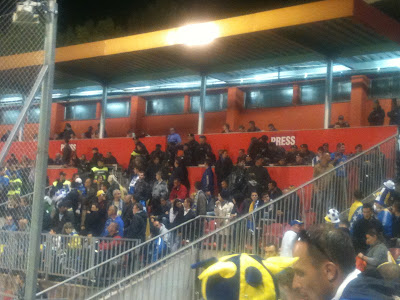 Half-time arrives with Bosnia holding a comfortable 3-0 lead over the Lithuanian's. Despite the fact myself and the whole stadium were standing the whole match, now feels like a good time to give the legs a stretch: 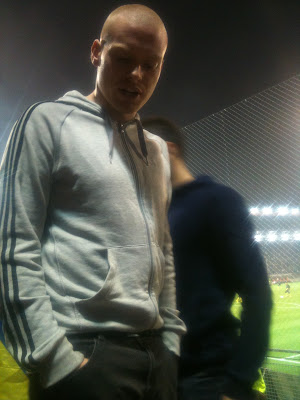 No matter where I am in the world, I always feel at home on the football terraces: 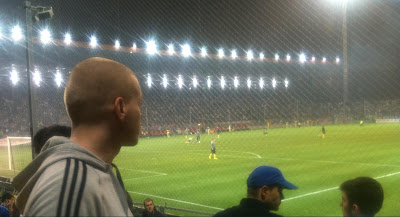 Mid-way through the second half, and residents of an adjacent building spark up a flare from their private balcony: 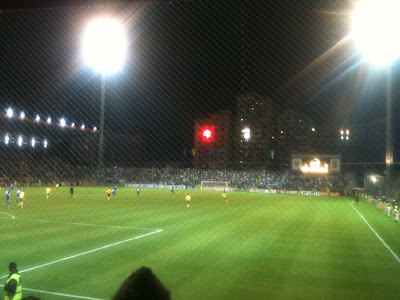 Here's a higher-quality version I found on the Internet; (Source: Reprezentacija.ba):

After successfully maintaining their 3-0 lead to full-time, the Bosnian squad make a lap of the pitch to thank their vocal fans: 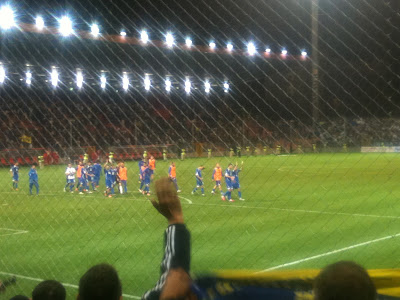 Bosnian fans pour onto the streets of Zenica post-game to soak up another victory of their national side: 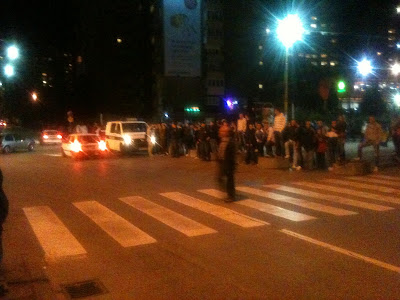 Not my video, but taken from the other end of the stadium as the players are about to enter the pitch. The fans are initially chanting to each other, 'Bosnia is champion!', before the whole stadium begins singing, 'Who isn't jumping hates Bosnia!' - cue thousands across each stand bouncing!


After taking the lead during the first-half, the Bosnian fans sing a famous song of the iconic Dino Merlin.


The lighting of the flare in the apartments behind the stadium.

The match comes to a conclusion as Bosnia are 3-0 victors over Lithuania. Small cameo appearance from yours truly, just to prove I was actually there (in case you were doubting me).

Outside the stadium, and the car horns are getting a good work-out!